This year sees the celebration of the 40th birthday of Fleet Pond Society. As part of this we are are having an Exhibition in the Hart Shopping Centre as well as producing occasional articles that illustrate some of the major pieces of work carried out by the Society over this period. A previous article described the creation of the circular route round the pond (see here) and this one describes the building of the familiar and very popular Chestnut Grove jetty.

“Along with the circular path, one of the first major tasks undertaken by the volunteers of the new society was the construction of a concrete jetty at Chestnut Grove.

Up to that point there had only been a small jetty created from railway sleepers.

The jetty was constructed using pre-mixed concrete and on the first run 200 sacks were filled by hand from the pile dumped in the road by the mixer.

The sacks were then lowered into position in the freezing water by Bill Wain and Peter Martin, the only people who owned waders. 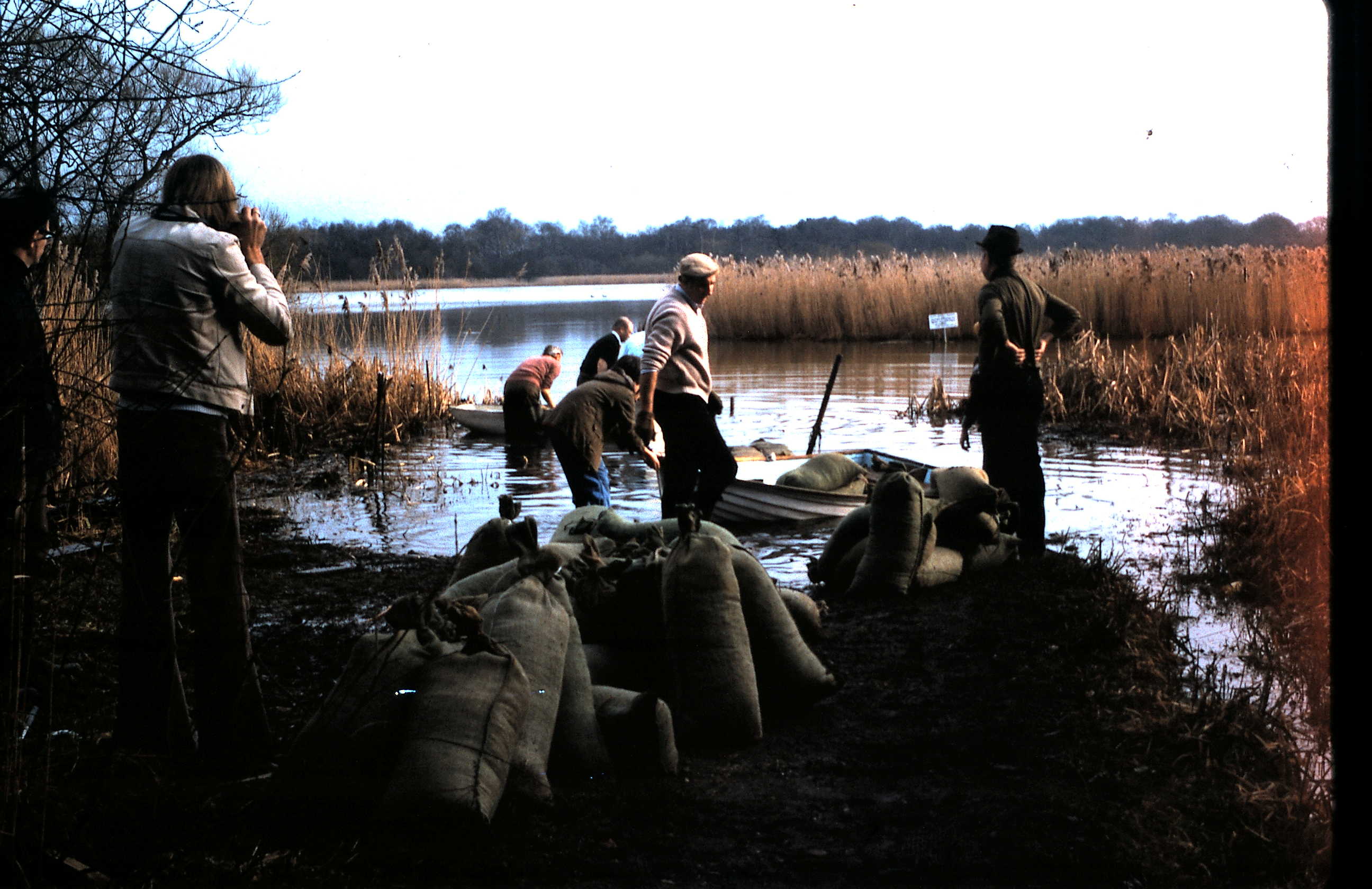 However, by the time the mixer came round with the second load a much more labour efficient system was in place. The sacks were filled with the cement as it came down the shute and the volunteers formed a production line to get them out to Bill and Peter. 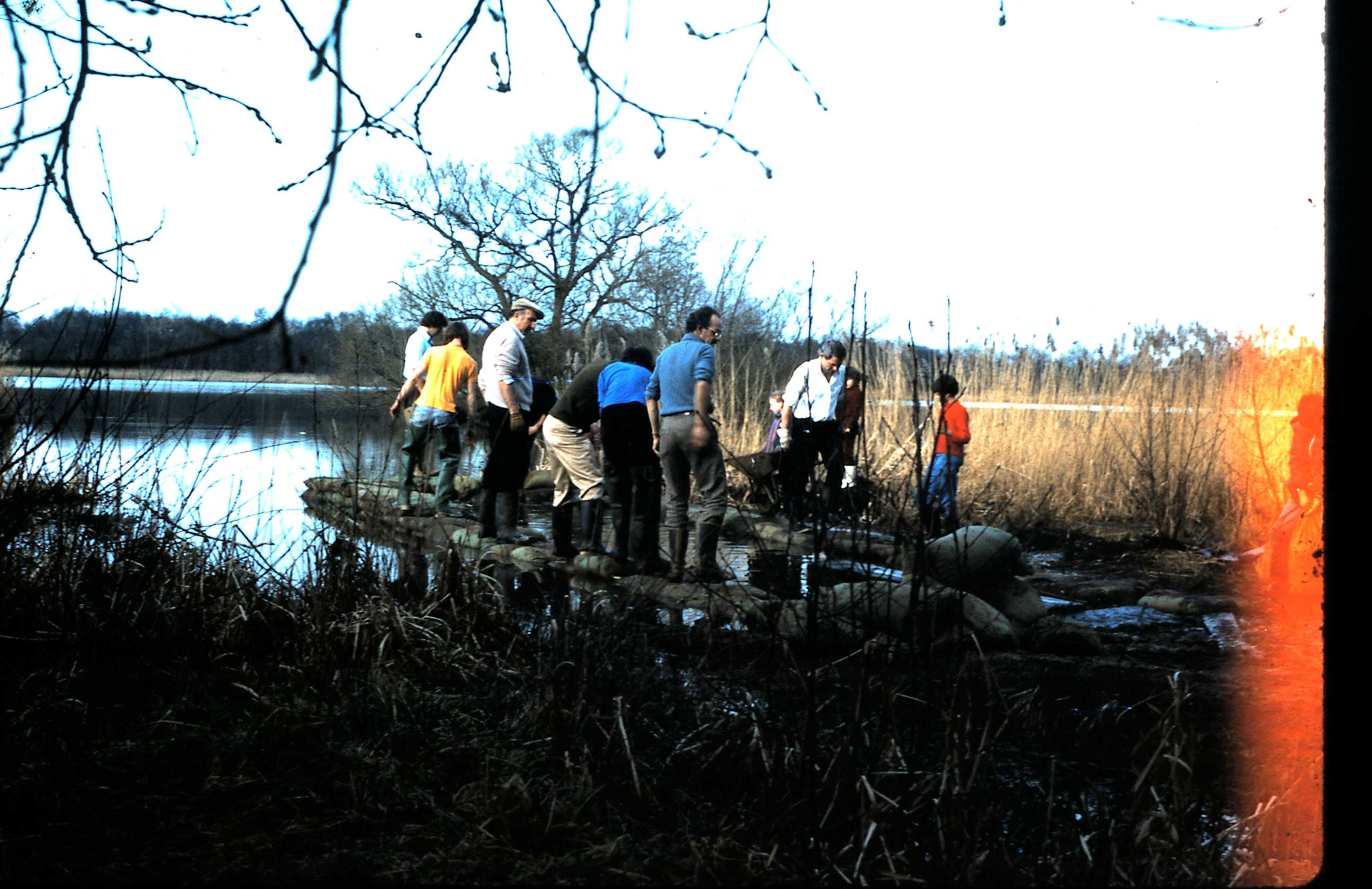 Further concrete was poured into the middle and then levelled out. 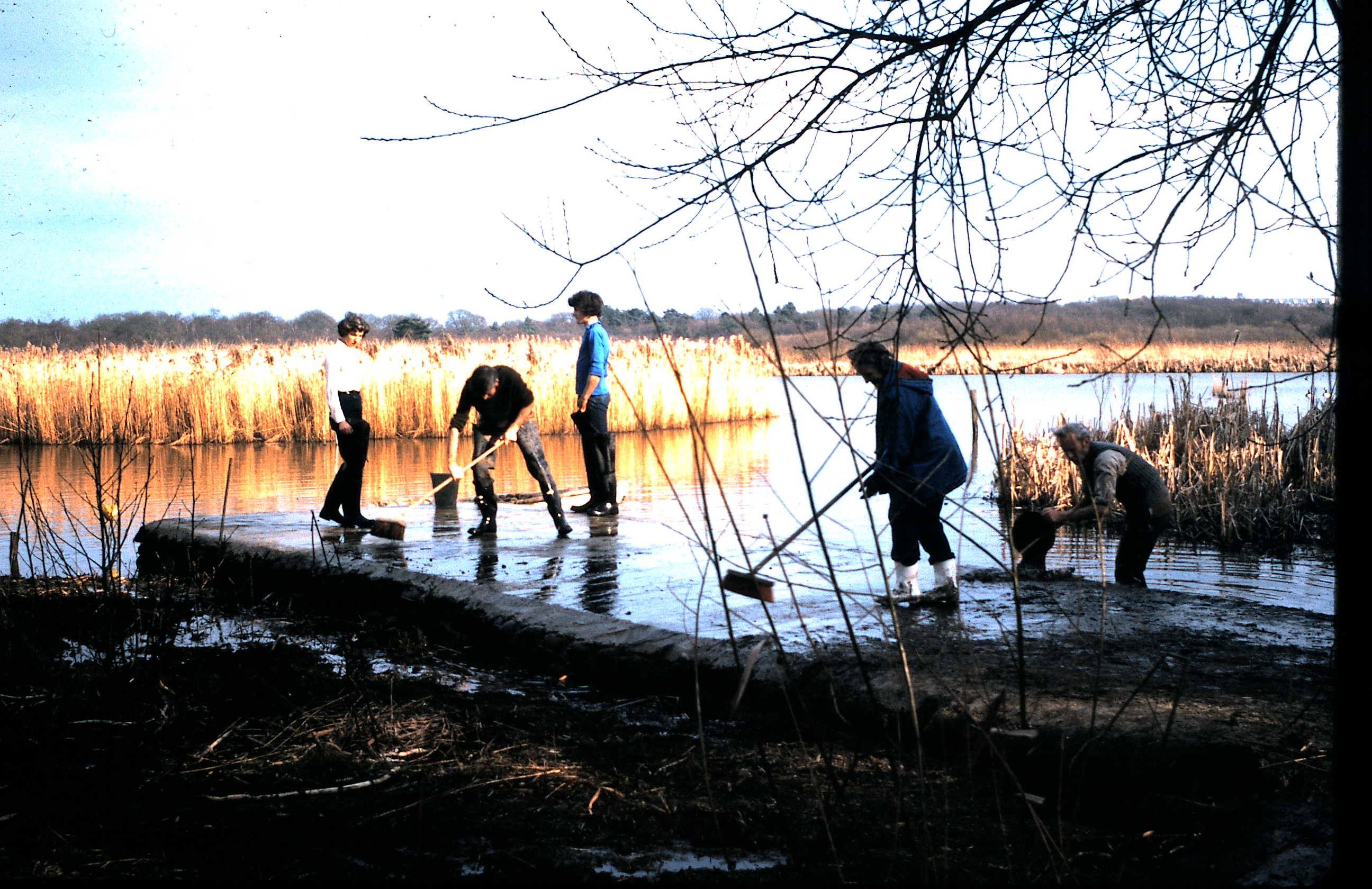 This jetty has been altered over the years to include an extension out to the right. It is still a favourite spot for visitors to feed the swans and other water birds, or just to look out over the Pond.

With thanks to Peter Martin for the use of his book ‘Fleet Pond Society 1976 – 2006’ for reference. This interesting book is still available from the Society.”

Photos courtesy of the FPS Archives.