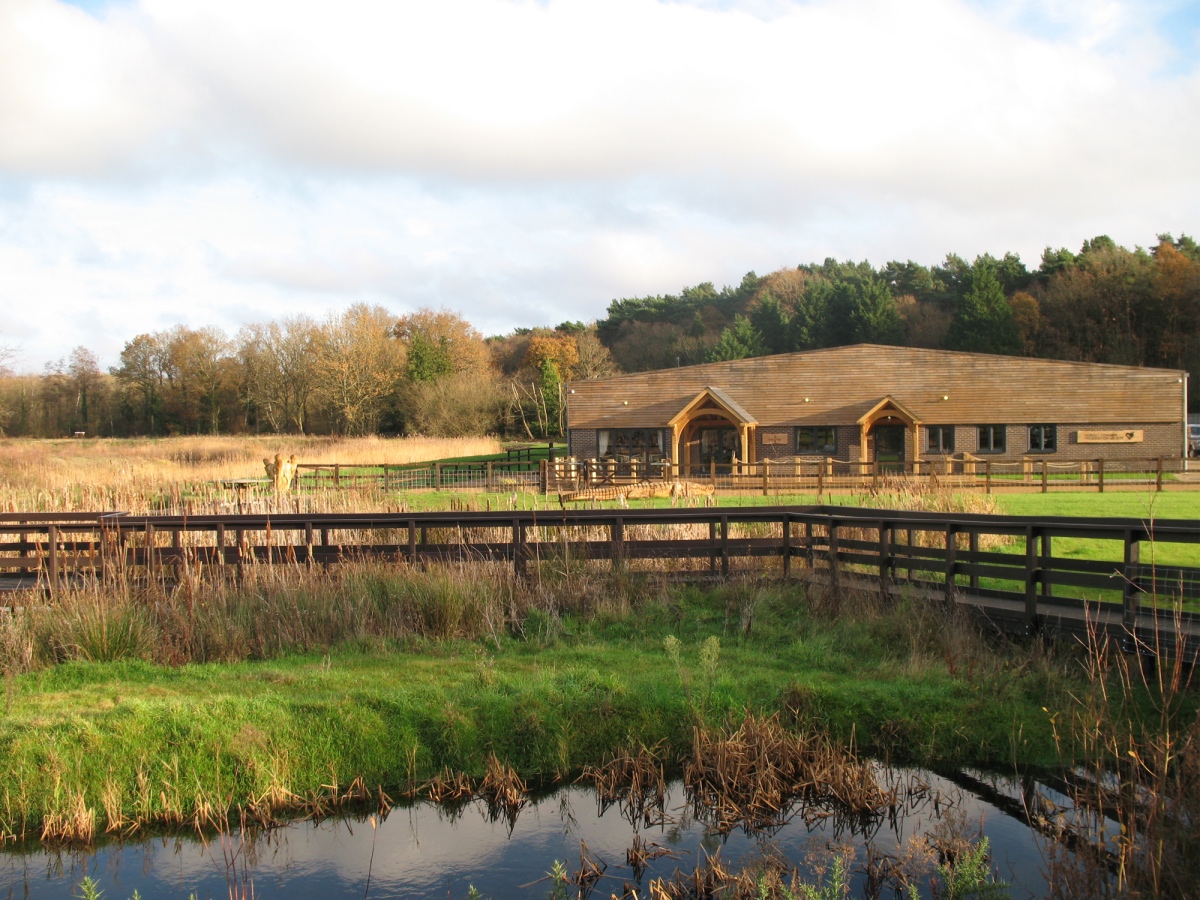 On 1st September, a team of volunteers from Fleet Pond Society (FPS) visited Horsell Common, near Woking in Surrey, to carry out a volunteer task. 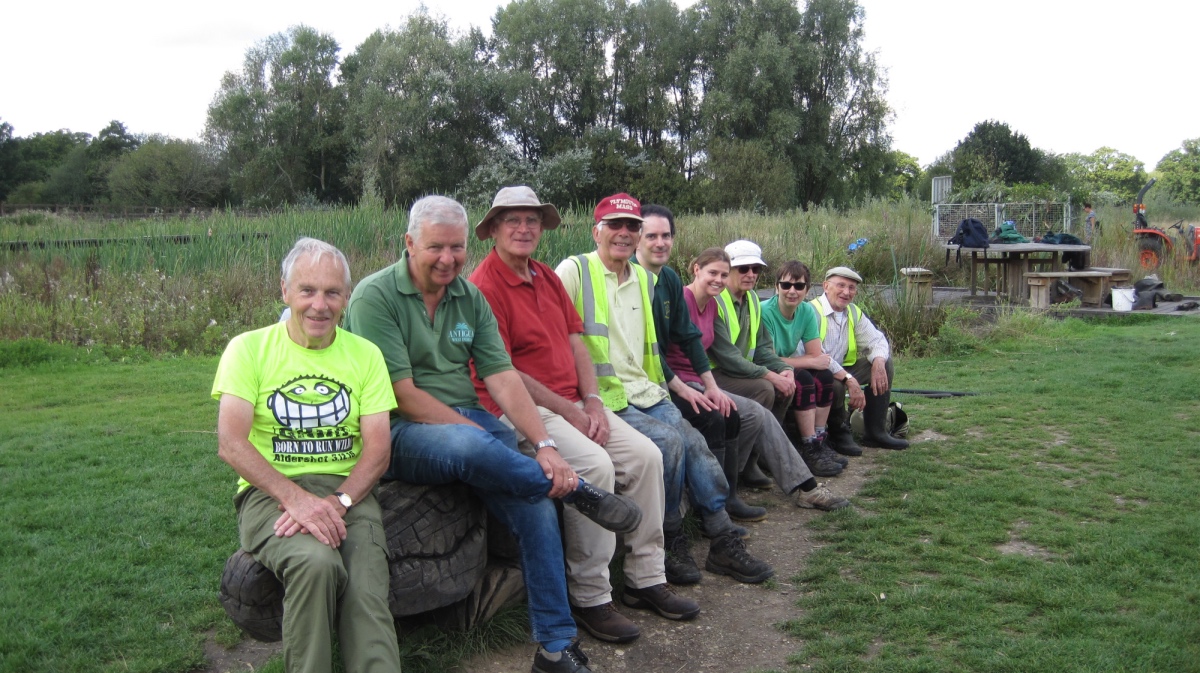 The FPS team sitting on the (wooden) alligator (see picture above)

Colin Gray, Chairman of Fleet Pond Society, explains the interesting history of Horsell Common as well as the reasons for the visit from FPS:

Originally Horsell Common was part of Windsor Great Park and was known as King’s Waste, until, like most of the Park, it eventually passed into local ownership. The owner was the Lord of the Manor of Pyrford, the Earl of Onslow, who allowed it to be used by the local residents for grazing, firewood collection and open recreation, while making an income from the sandpit and forestry. An early 18th century map shows the Commons as “Hoswell Heath” and a later map as “Horsehill Heath”.

The 1806 Enclosures Act refers to enclosures of lands in the Manor of Pyrford… “Commons and Wastelands within the manor…shall not divide let out, allot or enclosed, or in any manner interfere with the several commons and wastelands within the Parish of Horsell…but that the same shall be and remain in the same state and condition as if this act was not passed.”

In 1904 the Lord of the Manor was finding it difficult to stop despoliation of the Commons under his ownership. An attempt to get the Horsell populace to vote in a referendum, on “whether our Commons shall be preserved and protected”, or whether they “shall be left as now, to be the sport of Incendiaries, the Common receptacle of all kinds of refuse… and a camping ground for Gypsies”, was inconclusive.

This failure and letters in the Times and other papers instigated a scheme to “invest with the necessary authority some person or persons resident near each of my commons” and in 1910 the Horsell Common Preservation Committee held its first meeting.

Lord Onslow suggested he hand over the common entirely to the committee as early as 1920 but no action was taken. Years later the question of acquiring the Common by the Committee was again raised, and the lease of the common from Lord Onslow was signed in 1947, and in 1959, the Society gained charitable status. The Society finally purchased the freehold of the Common in 1966 for £1,634.

Since then, 24 acres of riverside meadows at Bourne Fields have been added, and a further 50 acres of farmland at Bonsey, previously known as Mizen’s Farm, have been taken into management.

In total the Society owns and manages over 830 acres and is the largest landowner in the Borough. 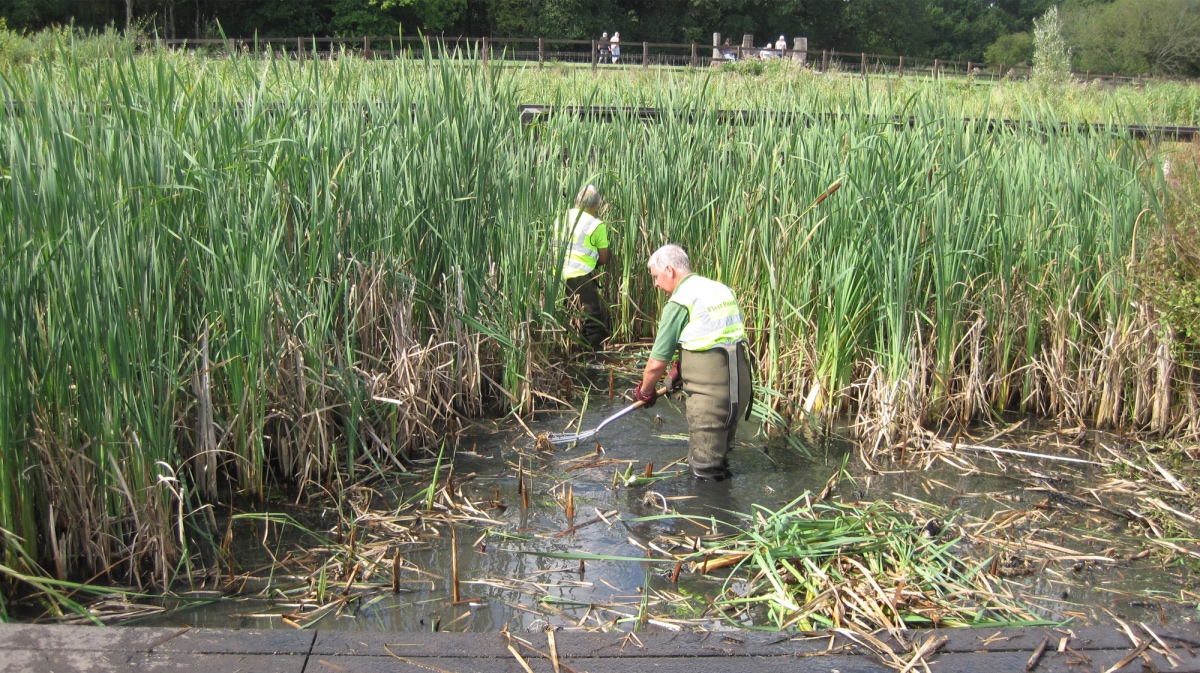 In 2017, Rachel Jones joined the management team for Horsell Common. Rachel had been a very popular ranger at Fleet Pond Nature Reserve, liked and respected by the many volunteers at the Reserve. She loved our pond and did volunteer work with Fleet Pond Society in addition to her Hart Ranger role. FPS ‘Last of the Summer Wine’ volunteers decided it would be an excellent idea to spend a day working with Rachel at Horsell. 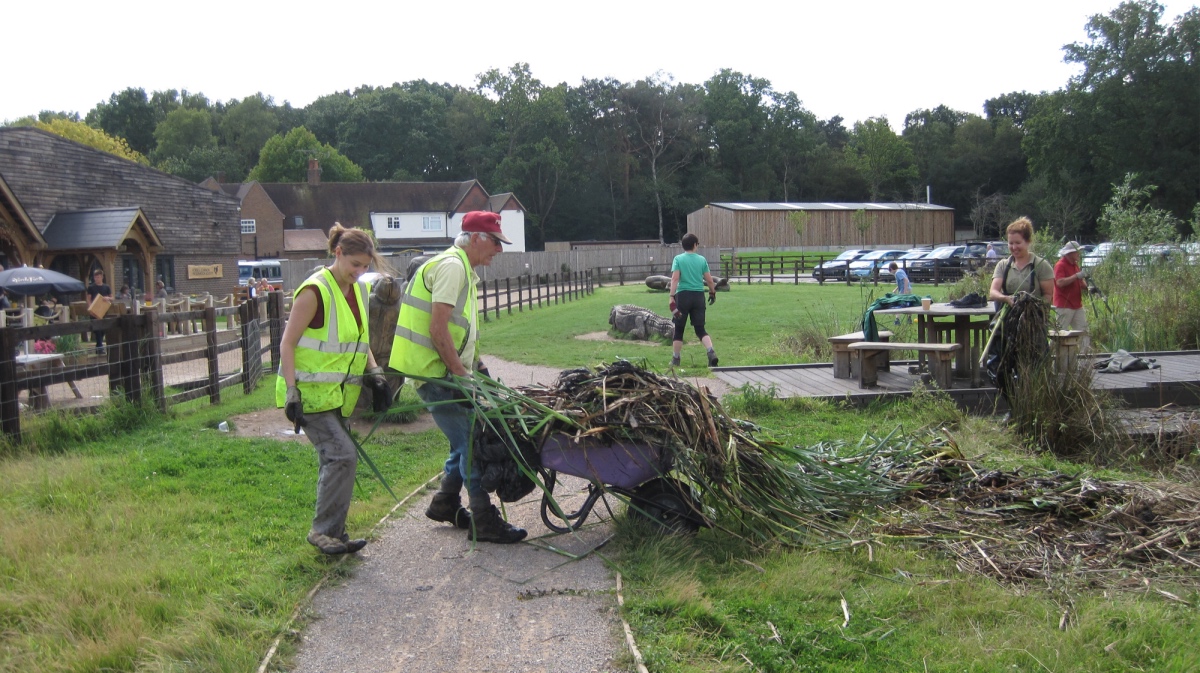 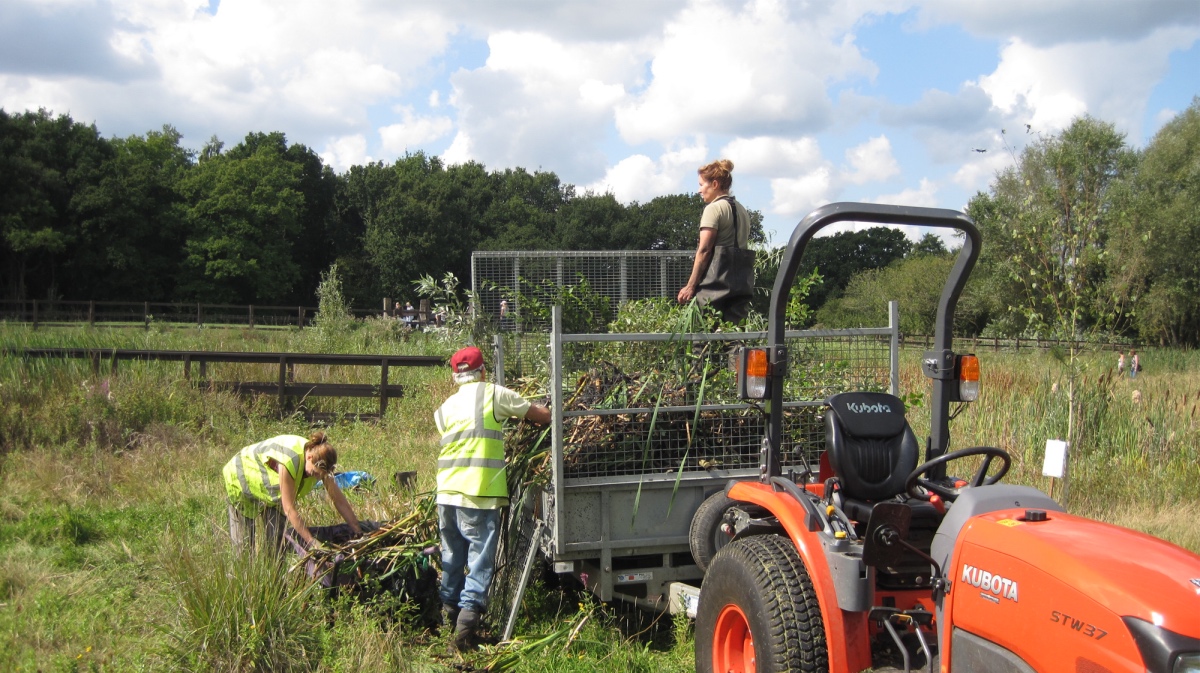 On 1st September nine of us went to Horsell and spent a fun time getting very muddy clearing willow and reedmace from a small pond built as a pond dipping area for children. Rachel was delighted to welcome old friends from Fleet Pond and grateful for our help reopening the pond for visiting children to use. 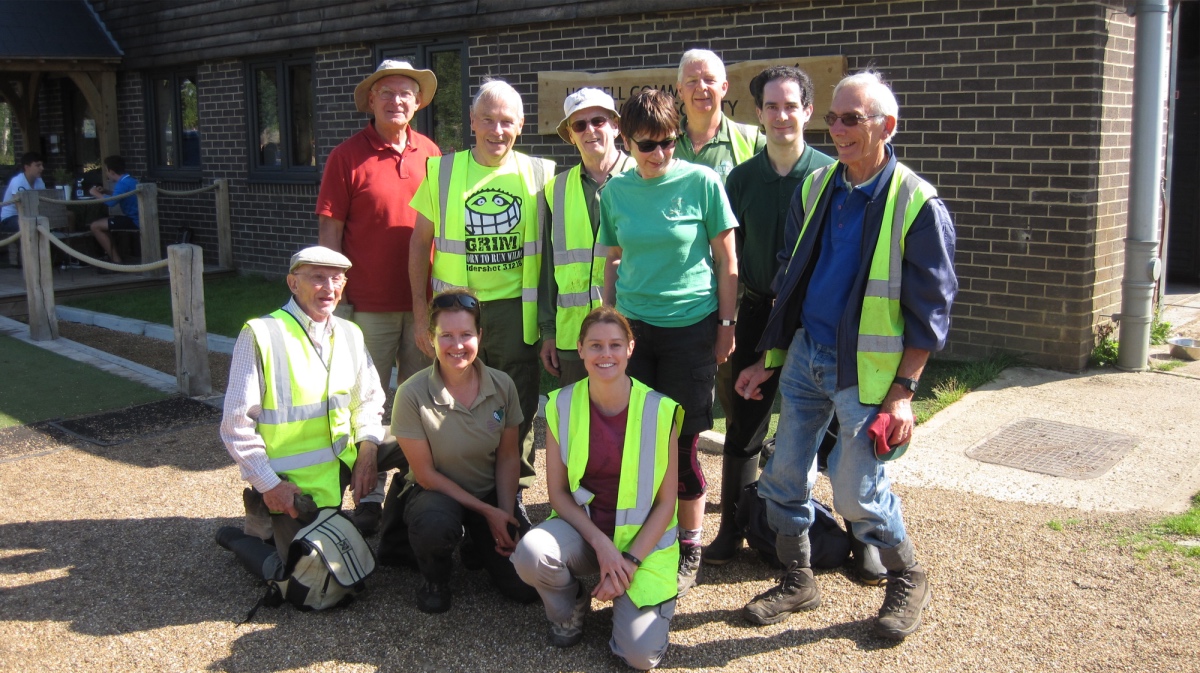 Another picture of the FPS team (plus Rachel, lower row middle)

Ed. A part of Horsell Common (known as the Sandpit) is well-known internationally for quite another reason (see here):

Local author H G Wells who lived in Maybury used the Sandpit as the landing site for Martian space craft in his novel “War of the Worlds”. Today it is still a site of pilgrimage for many science fiction fans that travel from all over the world.