When the Executive Committee of the Fleet Pond Society unveiled the ‘Clearwater Campaign’ at its AGM in 2010 little did the members realise how successful it would be. The Clearwater Campaign’s main aim was to raise community awareness of the desperate situation Fleet Pond was in after years of silt build-up, but also to raise funds.

The funds are intended to pay for projects not included in the major Restoration works funded by grants obtained by The Environment Agency (EA), Natural England (NE), and Hart District Council; although CC funds (of more than £20,000) have boosted some of this work.

Members of the Society and the local community have been extremely supportive of and generous to the campaign. In just over four years this campaign has enabled the Society to both gain funding for projects, and fund a range of projects itself to the value of £51,898.

There were several sponsored events by supporters of the Society, however three are deserved of special mention:

Colin Gray at Elvetham Heath during his 21 mile walk, together with Nick Keeley

The major dredging work has now finished for the season and it is important to point out how the money raised through the Campaign so far has been spent on a variety of smaller important projects as a part of the restoration: 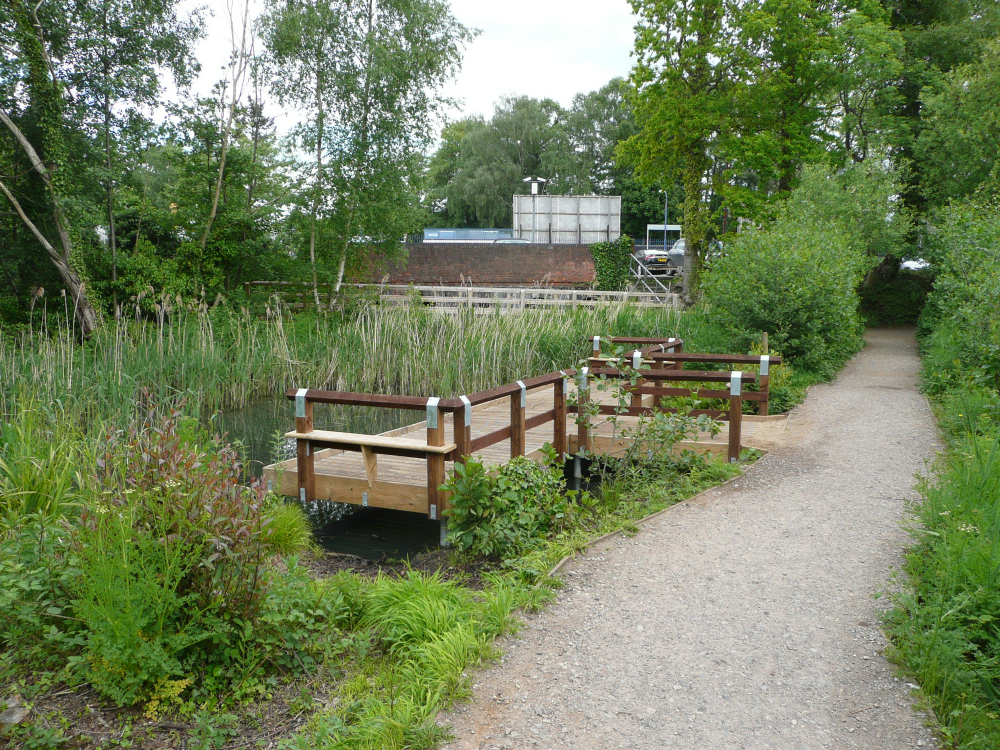 New structures have been provided through the campaign. The very popular Pond Dipping platform, paid for by the Fleet Morning Townswomen’s Guild and the accessible viewing platform on the eastern edge of the Pond, ‘Lions’ View’ generously paid for by Fleet Lions. Both these donations were made as a result of the Clearwater Campaign.

Appreciating the magnificent vista from the Lions’ View

Volunteers installing one of the new wooden benches

Visitors can now spot new benches around the pathways of the reserve, provided through money raised in the campaign. More practical items have also been funded such as stock fencing.

The Fleet Pond Society works in partnership with the Countryside Rangers of Hart District Council to guarantee that Fleet Pond Nature Reserve remains the wonderful natural habitat that it is today, to be enjoyed by all – so the ‘Clearwater Campaign’ continues, but money will now be raised for individually named projects when required.

If this article interests you, you may wish to consider joining Fleet Pond Society to help support our future activities (see here for details on how to do this). For further information about the Society, please take a look at the FPS website, our Facebook page or numerous articles on this blog.