The sun shone and the crowds turned out along the Fleet Road to witness this year’s Carnival with the theme ‘Musicals’.

We took the theme ‘The Pirates of Penzance’ and tweaked it to ‘The Pirates of Fleet Pond’. Congratulations to Terry Austin and his crew for building the fabulous ‘Black Swan‘ which won Second Prize in the Motorised Float Section.  The attention to detail was fantastic and the meerkat crew enthralled the children along the route. 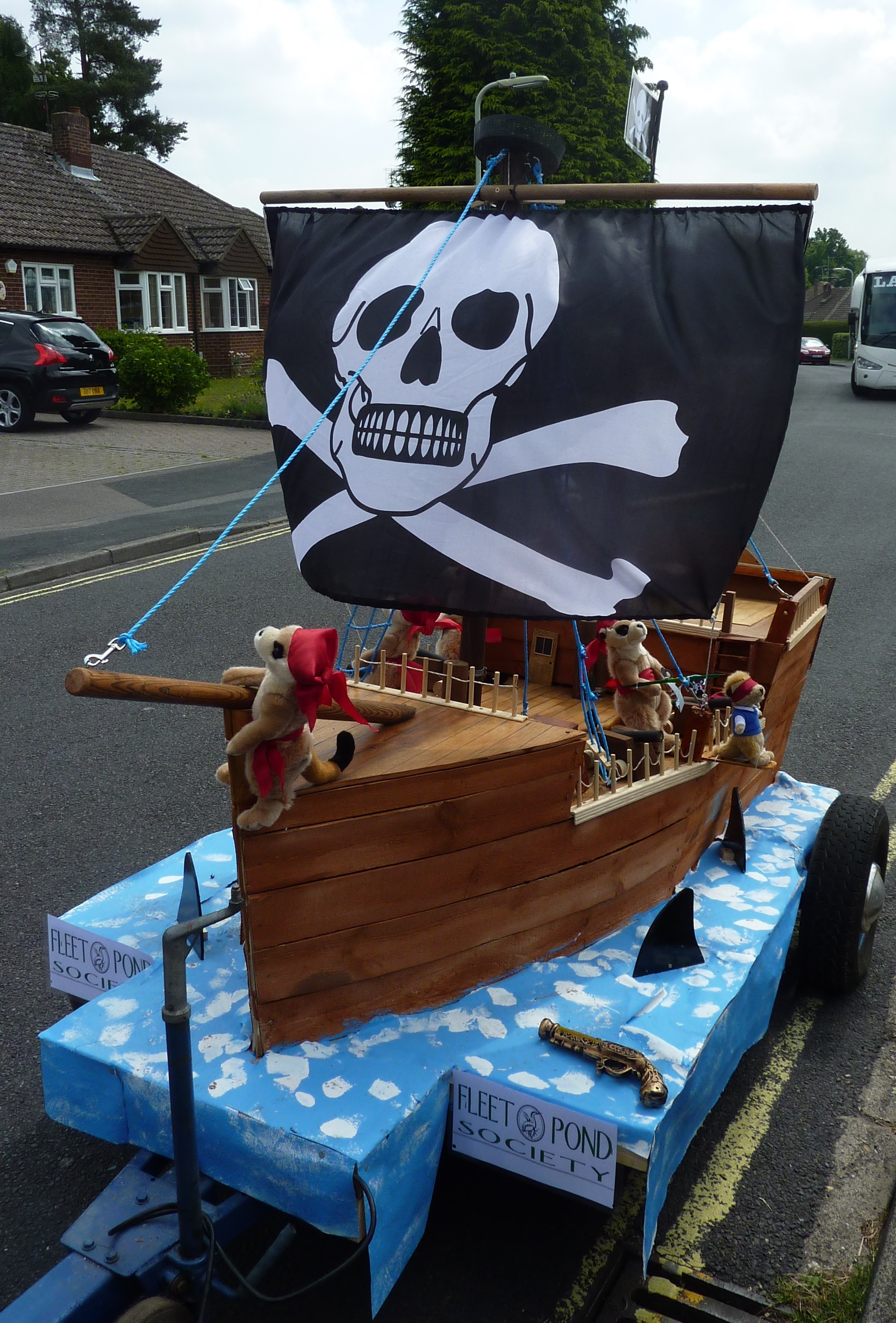 One scurvy knave doesn’t do his job and has to walk the plank….. 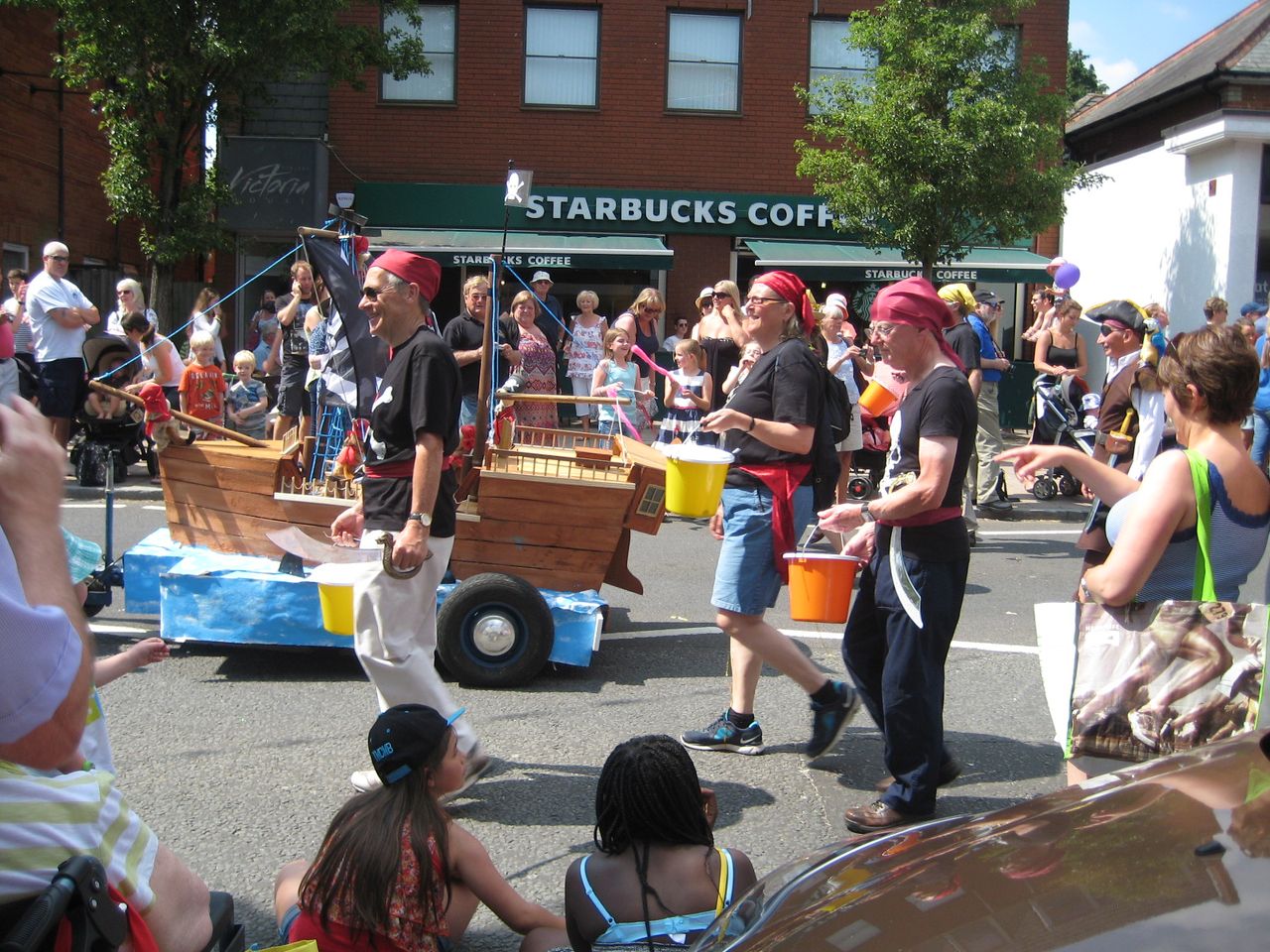