The first months of 2022 were mild, with a dry January followed by a wet February and a more mixed March. Temperatures continued to be above average and there were few notable frosts outside of January. Storm Eunice got the adrenaline going on 18 February, but the Reserve seemed to come through largely unscathed and from a birding perspective, failed to produce any unexpected storm-driven waif and strays. Consequently, the birding focus remained on monitoring the ever-fluctuating number of wildfowl.

The good news is that duck numbers maintained recent historical highs for the time of year, suggesting that last year’s recovery in aquatic plant and invertebrates within the main pond continues to improve feeding conditions. 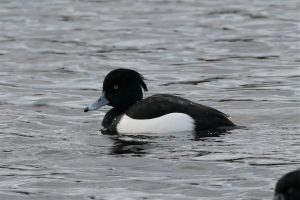 Despite the ongoing disturbance caused by the construction of the northern path and a little cold weather wobble in mid-January, numbers recovered in February and March, with Tufted Duck in particular (pictured above), reaching a notable 57 on February 28th and 58 on March 21st. Other high counts included 45 Shoveler on March 14th and 19 Gadwall on February 28th. Pochard become a regular sight from early February onwards, with peak counts of five on March 8th and again on March 21st.  However, Coot numbers failed to recover from January’s freeze and Teal remained scarce throughout with 14 on February 1st being the only double-figure count in 2022 thus far.

Winter surveys logged 43 Snipe on March 20th and an estimated 12 Water Rails wintering in the reserves reedbeds. Evening roosts included 760 Jackdaws (a reserve record), 190 Magpies and 50 Starlings on January 26th. Up to two Little Egrets roosted regularly into early March, encouragingly increasing to six by the end the month. Siskins continued in record numbers through January, culminating in a flock of at least 750 feeding in alders in the Brookly Wood on January 22nd, the highest count ever reported at the reserve. Numbers subsided thereafter as spring beckoned with the last count of note being 65 on March 12th. Other ‘good’ winter passerines from the Brookly Wood included a Firecrest in holly bushes on January 22nd, with a second noted between Kenilworth Road and the Brookly Stream on the later date of March 9th, the latter perhaps a newly arrived migrant.

March brought the first signs of spring migration, with winter migrants dropping-in on their way north and east, and later in the month, the first pioneering summer visitors. 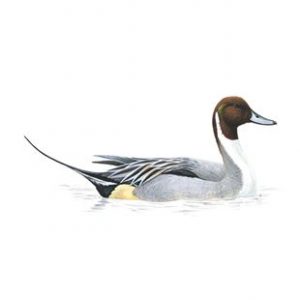 Migrant wildfowl included two sightings of Pintail, (illustrated above) arguably the most handsome of the ducks, with two pairs present on March 4th and three (two males and a female) on March 22nd, representing the first Pintail sightings at the Reserve since May 2017. Supporting acts included a male Wigeon on March 6th, a Little Grebe (illustrated below) from March 6th – 9th and an increase in Great Crested Grebes to nine by March 27th, their highest level this year. 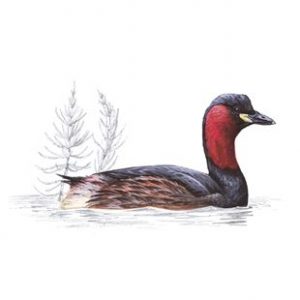 Visible migration was evident on March 12th with 100 Starling and 61 Chaffinch (pictured below) over east in 30-minutes of early morning counting and coincided with the first pioneering Sand Martin of spring feeding over the Pond. It didn’t stick around, with the next sighting of Sand Martin coming twelve days later, on March 24th and again on March 27th.  Other notables included a Blackcap in song on March 9th, an early arrival or a winterer exercising his vocal cords? 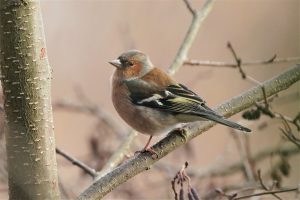 Numbers of Black-headed Gulls increased as the month progressed with late afternoon gatherings growing from 375 on March 9th to an impressive 750 by March 24th swelled by migrants, of which 250 remained to roost. Lesser Black-backed, Herring and Common Gulls were also logged but in very small numbers and the first Mediterranean Gull of the spring, an adult passed through west on March 27th.

The month was rounded off by the first migrant wader of spring, a Black-tailed Godwit, heard circling the Pond at 21:00 hours on March 28th, a bonus for those undertaking the reserve’s first moth survey!   Now on to spring proper….